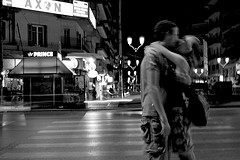 Stolen kiss at the Kamara

TeacherDude's been robbed, again. This is just horrible. Less than six months have passed since his photography equipment was stolen, and this time they've stole more, including his rent money and more.

TeacherDude's a good photographer and a worthy citizen journalist Although I am not so much a fan of his political theme, I look at every photo he uploads to Flickr with interest.

Last time he was robbed there was fortunately enough support to help him buy new equipment. This time he is in even more dire a situation so I sincerely hope that there is even more support. He has a Paypal account, identified by his email address "cpwefl2003@hotmail.com", to which you can send in your help.

Not being the most financially untroubled person, I did not help out materially the first time. But this time things are different; I've given him some money because I realize vividly that I could have been in his place:

I was travelling through Switzerland this past week, visiting Geneva and Zurich. On the train from Geneva to Zurich I dozed off only to be awoken by an old man at some train stop (I think it was Neubaustrecke). My bag, carrying laptop, camera, mobile phone, passport and other less valuable but important things was missing and the old man had seen the robber take off with it. I ran off the train and the robber catched my eye leaving the platform. Fortunately I had longer legs than him so I caught up, whereupon he dropped the bag. I didn't bother going after him because I was worried of the train leaving the station without me. In the end I was on my way to Zurich with nothing missing but my tranquillity. But it could have gone the other way easily.

So, if you've got some money to spare, it would be very nice if you could chip in; even small contributions, if numerous, can do a lot to help TeacherDude get up back on his feet after this unfairness.

PS. I don't take photographs as good as TeacherDude's but here are my faves from this last trip for you, and not only the failed robber, to enjoy: 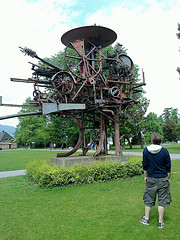 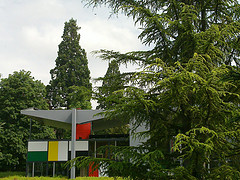 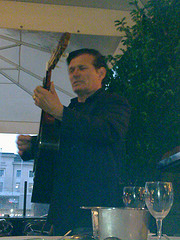 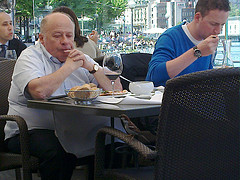