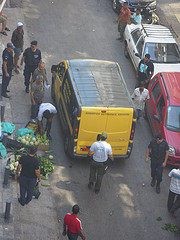 My opinion: the state takes responsibility of regulating commerce and does a bureaucratically bad job at it. One one hand people wanting to enter the market are unable to do so legally, so they do it anyway in the uncontrolled niches of public space. On the other hand, by being forced by illegality into these areas where there is no check on their natural activities they often contribute to some intolerable civic situations, such as the unhygienic conditions at the makeshift market in question. The state is subsequently summoned to restore "order" to the situation it engendered through violence and oppresion. 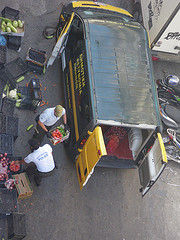 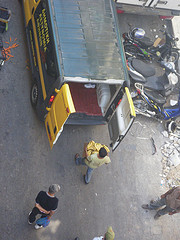 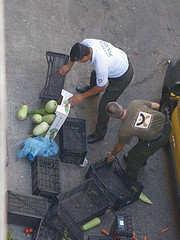